Bringing Efficiency to the Rail Industry

We’re proud to be a part of the community. We are committed to bringing value to our customers and shareholders. 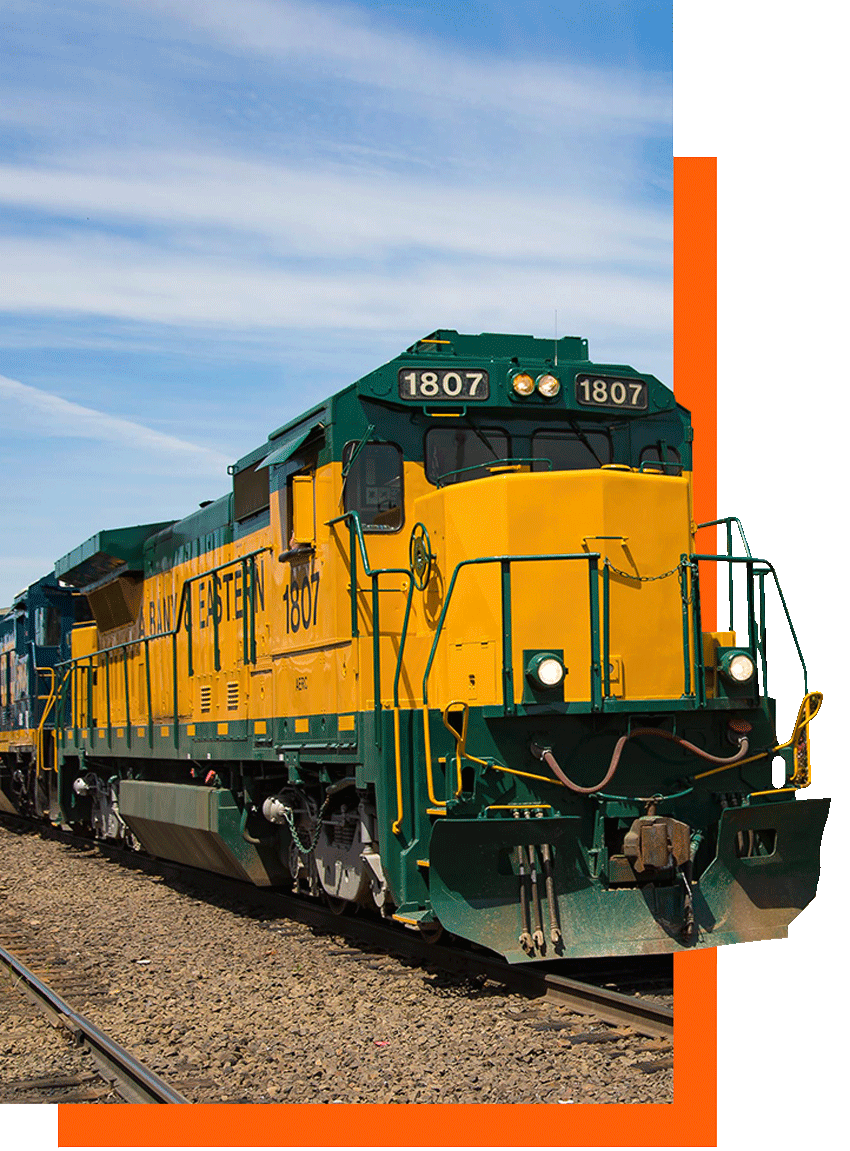 The Albany and Eastern Railroad is a family-owned business serving the rail industry’s needs since 2007.

We’re dedicated to providing our customers with a faster, more efficient means of moving their goods.

Our modernized infrastructure and experienced staff ensure that your shipments will be handled quickly and methodically.

Contact us today; Our team is focused on providing excellent customer service to meet all your transportation needs.
VIEW SERVICES$CONTACT US$

The Oregon and California Railroad began its history all the way back in 1880 with the Albany-Lebanon Railroad that connected communities throughout the Willamette Valley.

Once the railroad was completed, its ownership was transferred to the Oregon and California Railroad. The railroad transported logs, lumber, and agricultural goods throughout the Willamette Valley.

The railroad was first laid by the Oregon & California Railroad. The Southern Pacific Railroad then took over this company and expanded to branch lines in 1887. The SP would later expand the reach of this line with branch lines, even though much original hardware has been replaced over time.

As demand for lumber grew, the Southern Pacific began constructing a new branch line connecting Lebanon with Mill City. The line between Mill City and Albany was completed in 1910. Lumber and logs were transported from Mill City to the rest of the west.

The Oregon Electric Company constructed the Sweet Home branch line. It connected Foster and Sweet Home to the then SP Railroad. Since 2007, the owners have augmented and improved their system.

The Mill City Branch was rebuilt and renovated to larger rails to serve modern needs. Its construction was finished on time and under budget. Today, the AERC wants to improve safety while reducing travel times to move efficient freight, still serving communities throughout the Willamette Valley. 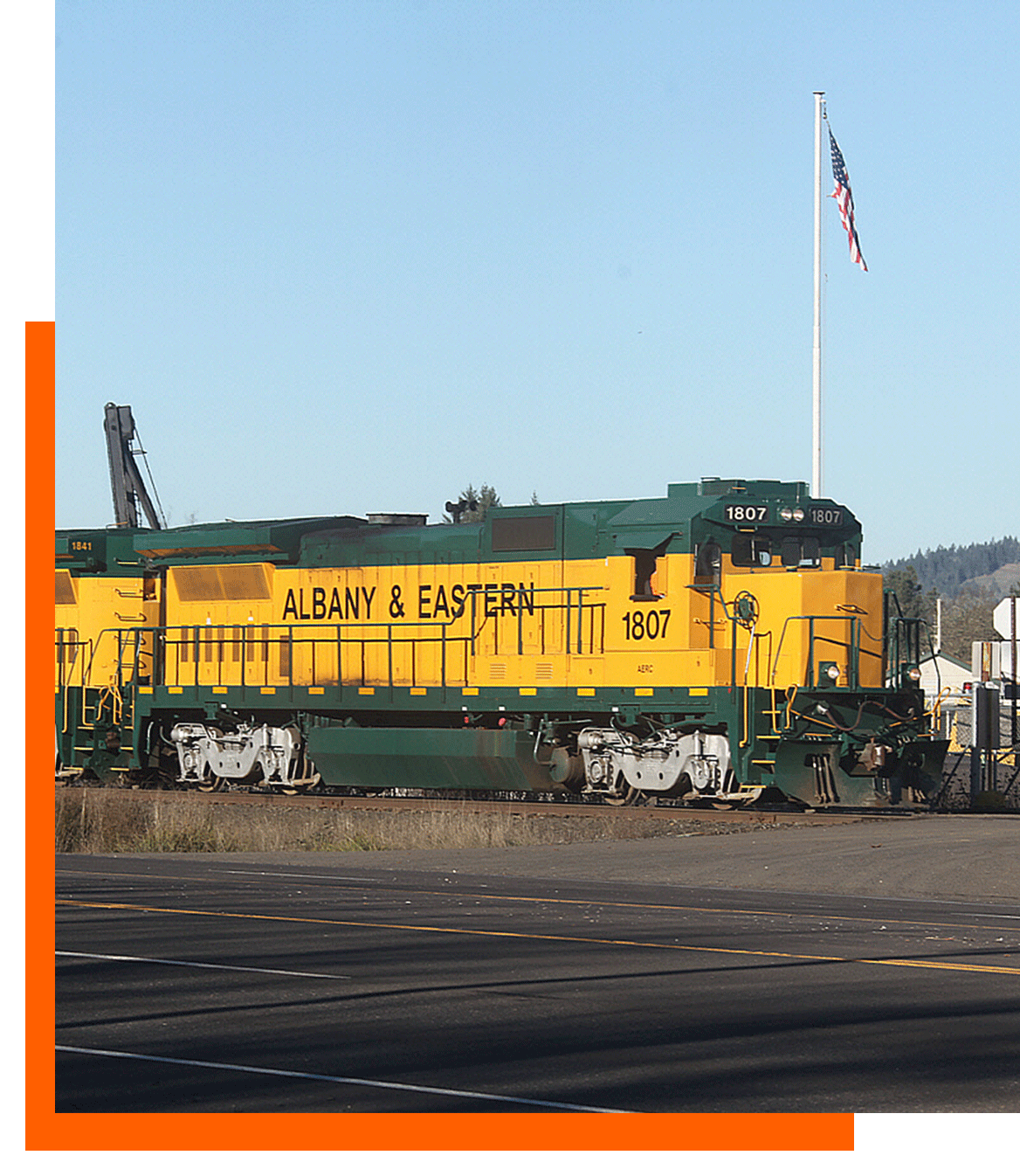 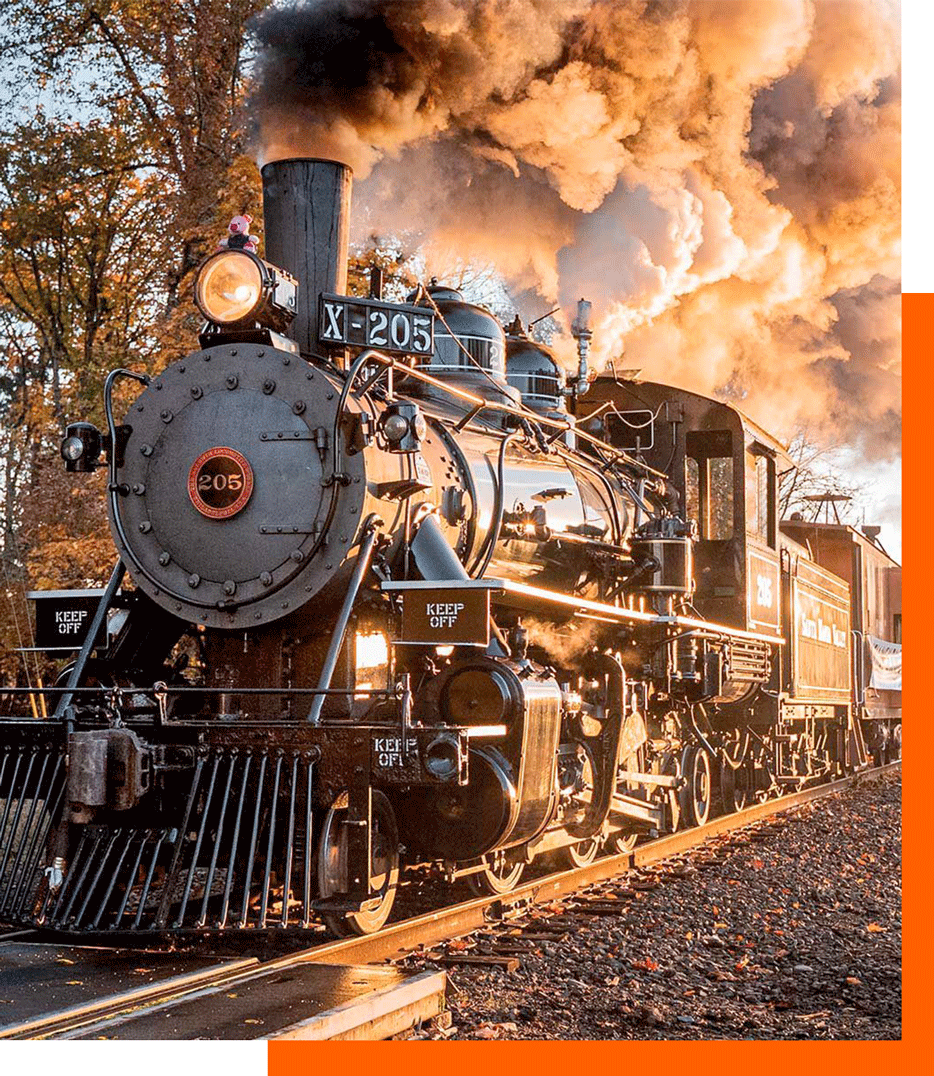 Our excursion trains run over the 17+ miles of track on the Sweet Home Branch line. Our Willamette Valley excursion train is unlike any other on the West Coast. While on board you will see amazing stretches of farmland, forest ranges and the beautiful Santiam River while rolling past our shipper’s sites and seeing the railroad world in action. We are proud to offer a variety of exciting and enjoyable rides for kids and adults of all ages. Local beer, wine and cocktails are available for purchase while aboard the train.

Ride our Newly Restored Steam Locomotive
The Santa Maria Valley 205 steam locomotive has arrived in Lebanon, and we are excited to bring her magic to our guests on the Santiam Excursion Trains!

This 1924 Baldwin Locomotive Works engine was meticulously restored to glory by local visionary George Lavacot and is now ready to bring a unique experience to our guests on the Santiam Excursion Train.

For the first time since the 1950’s, the iconic sound and feel of steam power will once again grace the line between Lebanon & Sweet Home, OR.

Contact us to learn more about how we can assist with your transportation needs.